The Bitsie Clark Fund for Artists

Greater New Haven has long boasted an abundance of gifted artists, but too few of them have received the financial support to help them soar. The Bitsie Clark Fund for Artists (The Bitsie Fund) seeks to change this. The Bitsie Fund will nourish Greater New Haven’s rich arts community by investing in its individual artists. The Fund will help artists realize a creative idea, advance a significant project, or enhance their artistic and/or professional goals in meaningful ways. 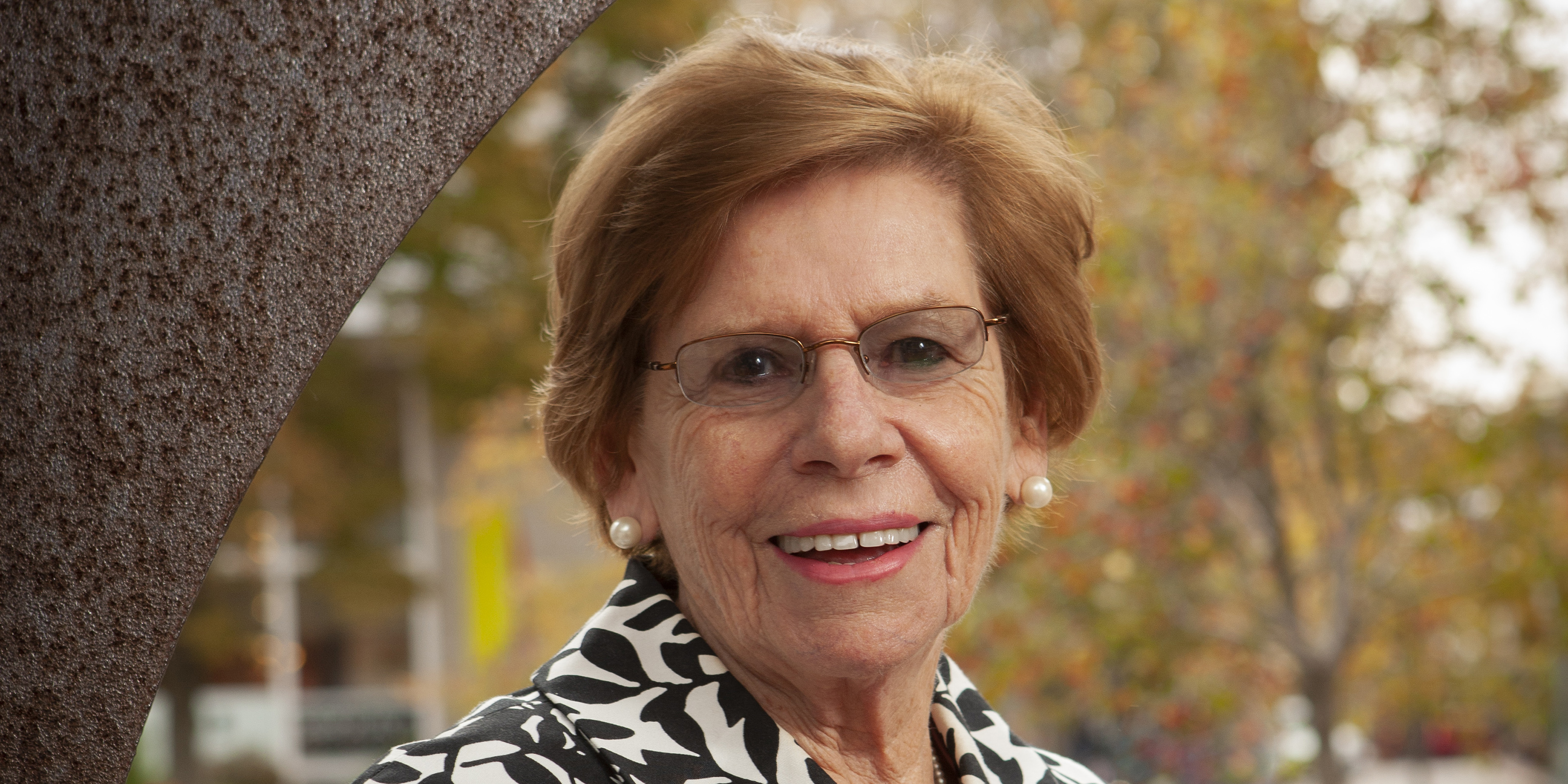 Bitsie, who stands four foot eleven, has been described as seeming to be six foot six. Others simply say she is larger than life. What is clear to all who know her is Bitsie Clark is a powerhouse. Bitsie has been a giant in this region, especially during her two decades as the Executive Director of the Arts Council of Greater New Haven. She was central to the launch of the Audubon Arts District and helped establish the arts as a driving economic force in Greater New Haven.

Many of Bitsie’s most meaningful actions at the Arts Council, however, stemmed from her everyday interactions with the constant stream of people who sought her advice. She gave counsel to individual artists, nurtured their talents and helped them achieve their dreams. The Bitsie Fund aims to do the same.

The Bitsie Fund was established by five women mentored by Bitsie. Four of them have joined Bitsie and several distinguished community members to form the governing Advisory Board, comprised of Bitsie, Mimsie Coleman, Kim Futrell, Robin Golden, Stacy Graham-Hunt, Betty Monz, John Motley and Maryann Ott. They are working in collaboration with The Community Foundation for Greater New Haven, which manages the Fund.

The Bitsie Fund is being supported by contributions from individuals who have worked with Bitsie in building our dynamic cultural community, who benefited from those efforts, or simply appreciate how she has helped give vibrant life to our region. 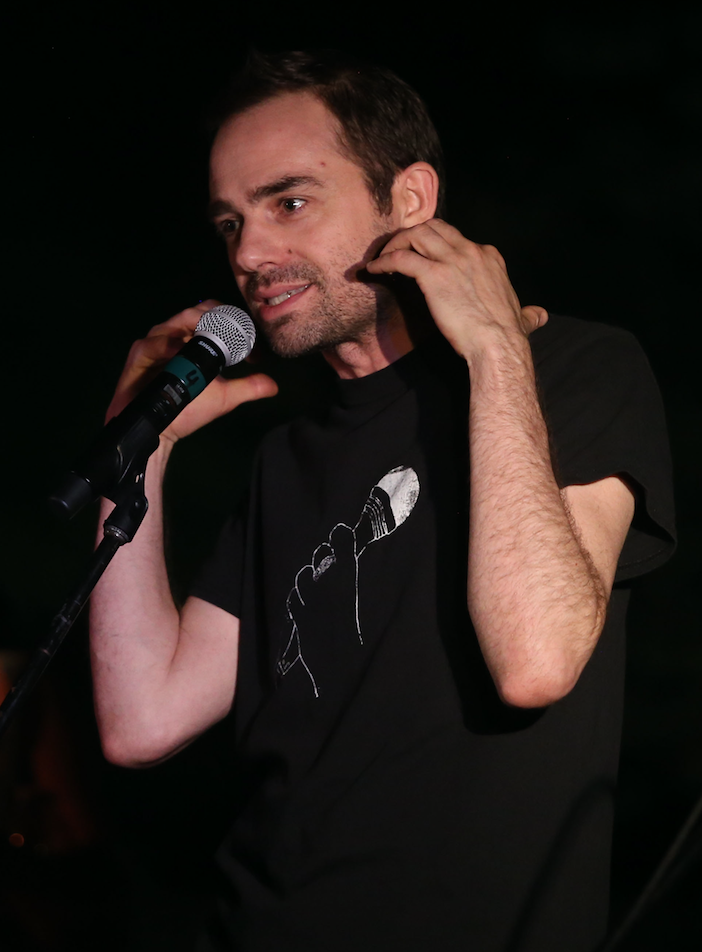 The Bitsie Clark Fund for Artists is pleased to announce that Hip-Hop artist, poet and playwright Aaron Jafferis is the recipient of this year’s $5,000 grant.

To view the 45-minute celebration, which is both playful and deeply moving, click Bitsie2020.com.

The grant will support Jafferis’ continued development of Smooth Criminal, a Hip-Hop play, which he says “are the art forms he grew up with”. Being the only white boy in his Hillhouse High School class, he learned Hip-Hop at the same time he learned theatre at the Educational Center for the Arts.

Jafferis poses this question regarding Smooth Criminal: “As a white dude, is it criminal, or simply smooth, for a white playwright to use a Black/Latinx-born art form to try to undo white supremacy?” After spending years, as he describes, “talking smack” about privileged white guys in his work, he investigates whether he may, in fact, be one.

While unearthing the history of the two sides of his family, Aaron is exploring their different relationships to race, class and money. “A hundred years ago, one great-grandfather was dying in prison after trying to murder the foreman who denied him work, while the other was running the country’s largest banking empire. Their ghosts mud-wrestle in my body,” he says, “blood-writing this play: about them, my family, me. This play’s been writing me all my life.”
Aaron Jafferis has toured his productions extensively across the US and Europe, many of them garnering awards. He has performed at the Kennedy Center and Madison Square Garden. His poetry has been performed by the esteemed dance company Urban Bush Women. He was also an Open Rap Slam Champion at the National Poetry Slam Championships.

What is more important is the focus of his work. With Collective Consciousness Theatre, Jafferis has worked with refugees from around the world to create the play, Stories of a New America, which is now touring. His collaboration with Chinese American composer Byron Au Yong explores Asian American resistance to American xenophobia. He is also passionately devoted to improving the futures of youth by fomenting their voice and leadership. He has taught at Yale-New Haven Children’s Hospital, where he was a poet-in-residence; and in middle and high schools in Greater New Haven. He shares his belief that word-based poetry and Hip-Hop helped liberate and inspire him, and can do so for others. 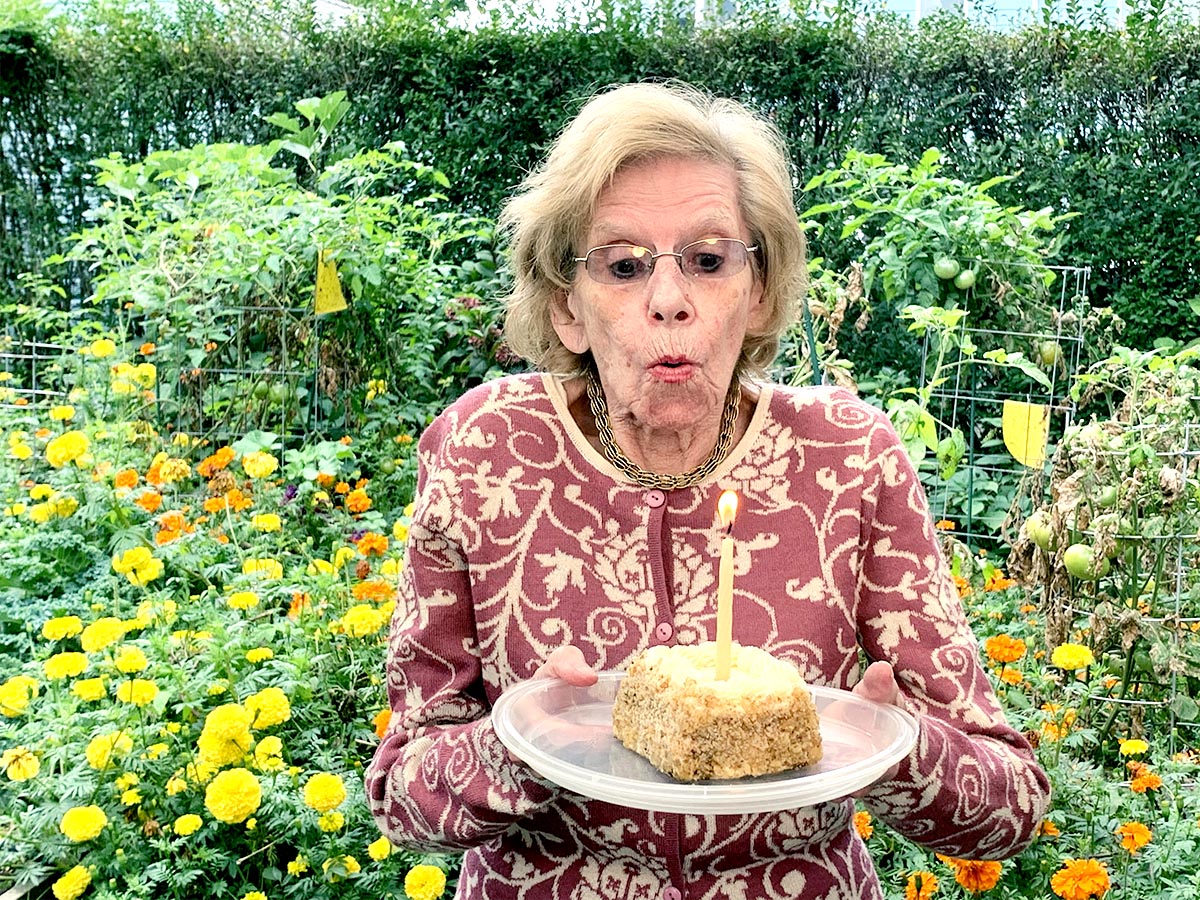 The Bitsie Clark Fund for Artists is pleased to announce that musician/composer Adam Matlock and photographer/musician Harold Shapiro are recipients of the Bitsie Fund’s 2019 grants. The awards were presented at the Arts Council of Greater New Haven’s 39th Annual Awards ceremony on Friday, December 6, 2019 at the New Haven Lawn Club.
The Bitsie Fund successfully raised more than $250,000 in its first year. “It is so gratifying to me,” Bitsie said, “that so many donors have made it possible for The Bitsie Fund to provide $5,000 grants to two artists after a very competitive process.”

ADAM MATLOCK is a local musician/composer who is a greatly loved teacher at Neighborhood Music School, Foote School and Hamden Hall Country Day School. His talents have been described as “frightening” – in a positive sense. His accomplishments are equally frightening (meaning extraordinary), as are his passions and goals.
Adam has the Herculean plan to create a full-scale opera. Entitled The Greenwood Opera, it will focus on the little-remembered but still historically relevant (and appalling) massacre of African-Americans in Tulsa, Oklahoma in 1921. Over two days, a white mob set fire to 100s of black-owned businesses and homes in Greenwood, a business district so prosperous it was dubbed “Negro Wall Street.” Estimates are that between 100 and 300 black people were killed by either gunshots or fire; hundreds more were hospitalized; and more than 8,000 left homeless.
An opera is a project on a grand scale. The Bitsie Fund is honored to support the first segment of Adam’s opera, providing him with some concentrated stretches of time to compose, and the funds to secure an ensemble of instrumentalists and singers for dedicated rehearsals and performances. Adam will be working in collaboration with Neighborhood Music School.

HAROLD SHAPIRO has been a professional photographer for over 30 years and has mentored and inspired countless photography students as a master teacher in Guilford, Milford and New Haven, especially at Creative Arts Workshop, his partner in this project, where he’s taught for 35 years, and heads the photography department.
In his photographs, Harold can bring out the poetry in the most ordinary of images. When photographing power plants for United Illuminating, for example, someone noted: “Harold is able to make pipes sing…”
Harold’s ability to make inanimate objects sing soars to new heights in his project, “Luminous Instruments.” In these extraordinary black and white photos of musical instruments, his mastery of both the technical and creative aspects of his craft allows him to produce images that evoke movement and music.
“Luminous Instruments” exquisitely merges Shapiro’s two lifelong passions of music and photography. The grant will allow him to complete his project, then share his breathtaking imagery with our community and others around the country.

ABOUT CREATIVE ARTS WORKSHOP
Creative Arts Workshop (CAW) is a nonprofit regional center for the visual arts that has served the Greater New Haven area since 1961. As an anchor institution located in the heart of the award-winning Audubon Arts District, CAW offers a wide range of visual arts classes, with an active exhibition and public programming schedule. More than 1,700 people enroll annually in more than 350 courses. Thousands of visitors enjoy the free exhibitions.

ABOUT NEIGHBORHOOD MUSIC SCHOOL
Neighborhood Music School (NMS), another anchor institution in the Audubon Arts District, is the largest non-profit community arts organization in Connecticut and one of the 10 largest in the country. Founded in 1911 as part of the settlement house movement serving new immigrants to New Haven, NMS now serves more than 2,700 students from 80+ cities and towns annually. Students of all ages receive individual and group instruction in music, dance and drama and participate in over 100 weekly ensembles. NMS is a nonprofit regional center that has served the Greater New Haven area since 1961. 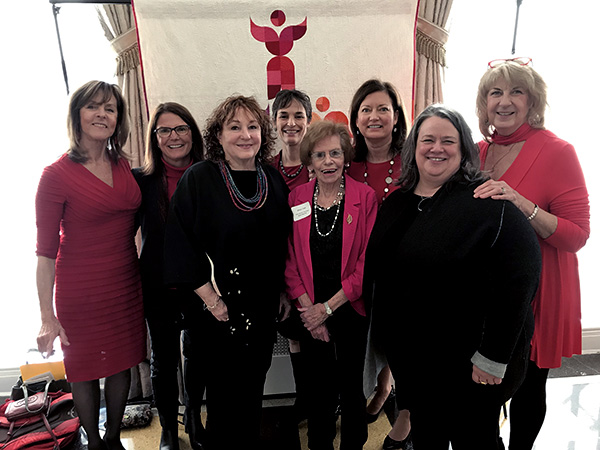 The Bitsie Fund was pleased to present its first award at the Arts Council of Greater New Haven’s Arts Awards luncheon in December 2018 to the distinguished artist/printmaker and teacher, Barbara Harder, and to her collaborative partner, Creative Arts Workshop.

Barbara, a multi-award-winning artist, received her Bachelors’ Degree in Studio Art from Marymount College in 1970. She has taught at Creative Arts Workshop since 1976, heading its Printmaking Department since 1995, and has taught at Quinnipiac University since 1998. She has been a lecturer/teacher at the Yale University Art Gallery and the Yale Center for British Art, and a visiting artist at Connecticut College and the Center for Contemporary Printmaking in Norwalk.

Barbara has long been committed to supporting other artists. She has curated numerous exhibitions throughout Connecticut; was one of the founders of the Connecticut Union of Visual Artists in the late 1970s and had a central role in launching and running the original Artspace Gallery on Audubon Street.

Barbara’s work has been widely exhibited throughout Connecticut and New England as well as internationally, in Scotland, England, Australia, India and Japan.

The Bitsie Fund’s $2,500 grant will enable Barbara to travel to Japan to study the extraordinary paper created there called Washi, a paper processed by hand in the traditional manner. “Some Japanese papermakers are considered so important,” Barbara explained, “they are designated as ‘national treasures’. They can be found in small shops, schools or in family kitchens, sometimes using family secrets handed down for generations. I would like to visit as many of these paper-making artisans as possible.”

Barbara will later share the special qualities of Japanese Washi with artists and craftspeople from around Connecticut at CAW workshops.

Creative Arts Workshop (CAW) is a nonprofit regional center for the visual arts that has served the Greater New Haven area since 1961. As an anchor institution located in the heart of the award-winning Audubon Arts District, CAW offers a wide range of visual arts classes, with an active exhibition and public programming schedule. More than 1,700 people enroll annually in more than 350 courses. Thousands of visitors enjoy the free exhibitions.

The Bitsie Fund was formally launched on October 30, 2018 at a reception celebrating Bitsie’s 87th birthday. Inspirational speakers included US Representative Rosa DeLauro and Will Ginsberg, Director of The Community Foundation for Greater New Haven. 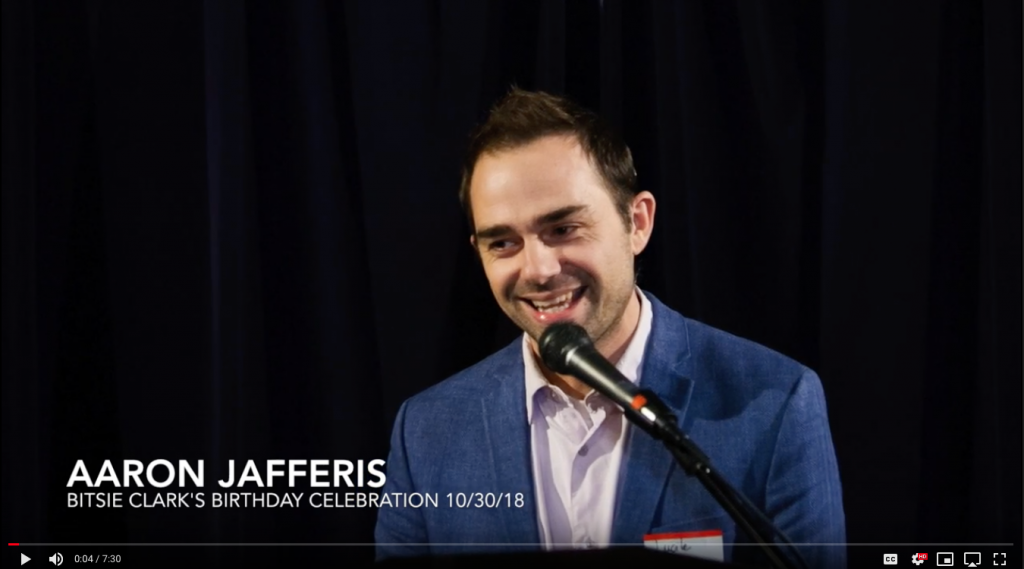 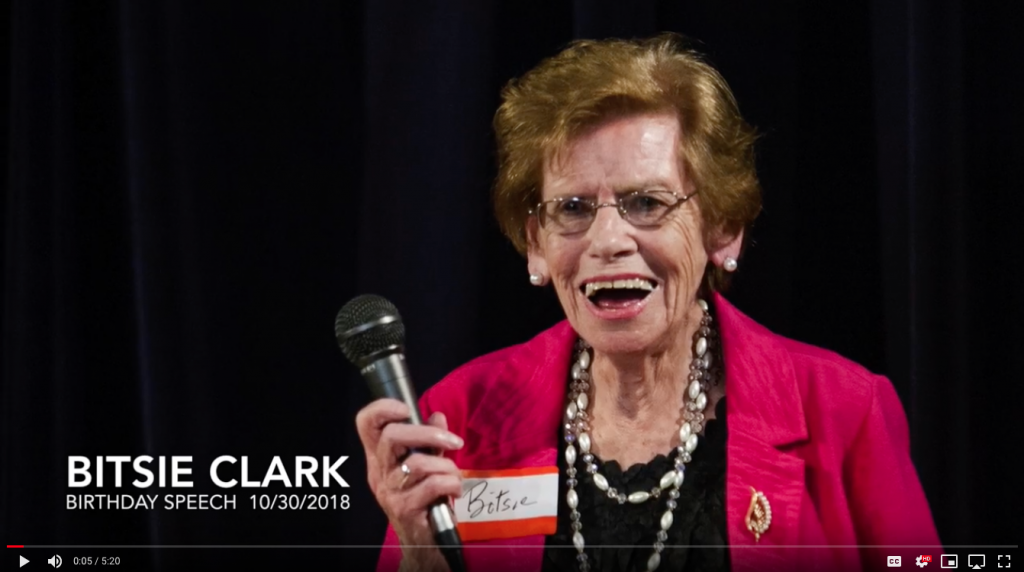 HOW TO CONTRIBUTE TO THE FUND 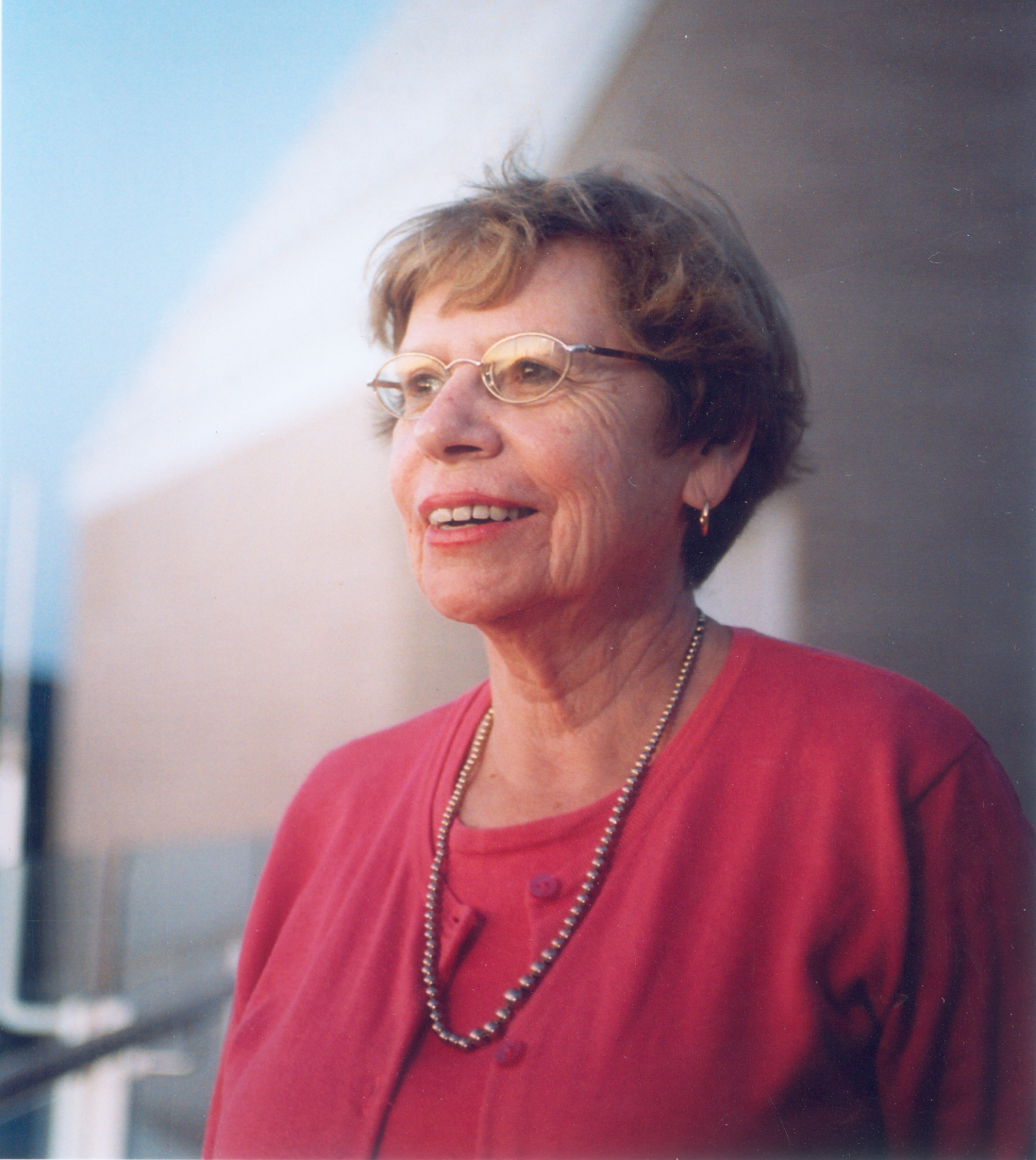 Please join us in honoring Bitsie as she continues to enrich Greater New Haven through its artists.

If you prefer, you can mail your contribution to:
The Community Foundation for Greater New Haven
70 Audubon St. New Haven,  CT 06510

Make checks payable to:
The Community Foundation for Greater New Haven,
citing in memo line: The Bitsie Clark Fund for Artists
All contributions are tax deductible.

Apply for a Grant

The May 1 deadline has passed.  Please check back in spring 2021 for the next opportunity to apply to The Bitsie Clark Fund for Artists. 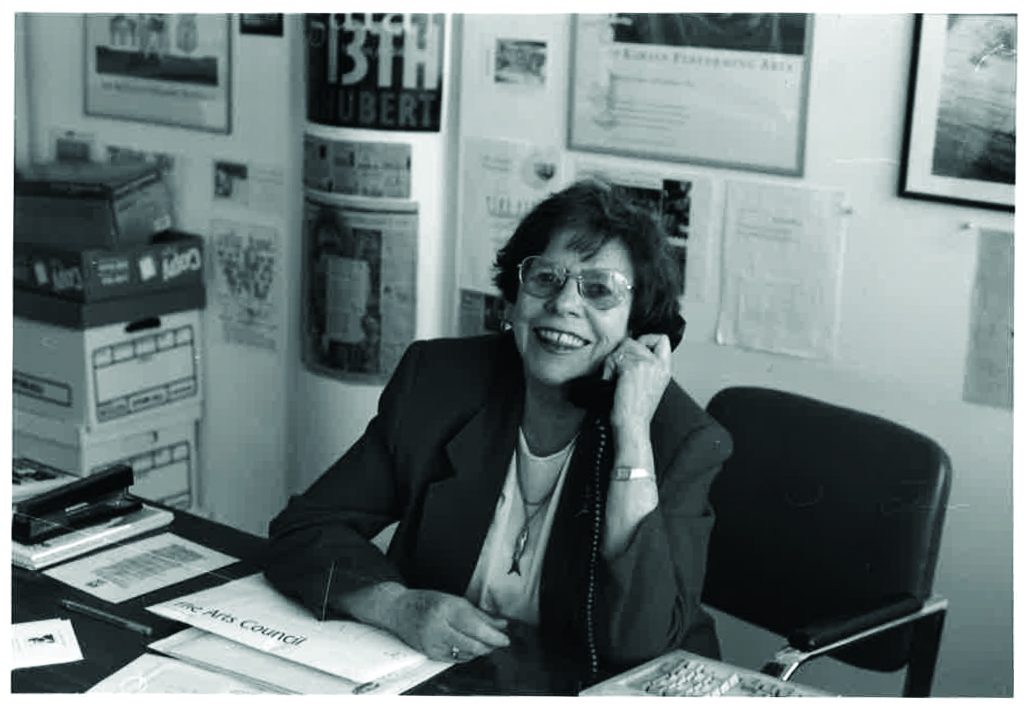 Have a question? Email Us!

We will respond to you promptly.